Filler Up! How TV Shows Deal With Hiatus To Keep You Hooked

When your favorite television show takes a break from production, it's called a hiatus. This means that no new shows are produced for an extended period of time. Instead of leaving viewers hanging high and dry, production companies create filler episodes. It's cheaper and keeps the TV show fresh in the mind of viewers instead of simply running reruns.

Why Do Studios Make Filler Episodes For Hiatus?

Filler shows are self-contained — meaning that the story arc is resolved during a one-off episode instead of reaching into the storylines and character arcs of the current season. Types of filler content include flashbacks and stories that don't add anything but padding to a series.

A Flashback show takes scenes from previous episodes and cuts them together to form a filler episode. For instance, one of the main characters of a police drama is shot and may not make it. The opening scene is filmed for the purpose of introducing flashbacks — for example, revisiting when the injured character first met his partner on the show. Perhaps then there will be a flashback to his first arrest. You get the idea. Such filler episodes are usually created to elicit emotion. The ending scene is filmed for the express purpose of tidying up the episode —the character pulls through and nothing more will be mentioned in the series.

For this example's framework, the filler episode will likely have only two new scenes: one at the beginning and one at the end. Everything in the middle is flashback. If you miss this episode, you would lose nothing save a trip down memory lane, which during hiatus serves to keep viewers hooked. Another reason for filler is to move a particular story along for later. This is called a single filler upgrade.

Hiatus is one of those times that can be tricky for production companies that want to introduce something new into their series without giving it undue importance. A single filler upgrade can be scheduled during hiatus to introduce a new minor character, minor story arc, or something that will last just one or two episodes without having to drop its introduction into existing story arcs, taking up an entire episode.

The tool allows a series to move along a story without committing to a major change in the flow of a series during its regular season. By not interrupting the status quo, a new concept can be introduced without fanfare while new content is being written. Once the hiatus is over, then the filler upgrade will simply fall by the wayside and the series will carry on as usual. 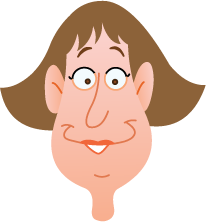 It isn't always easy to find things to do with children, which is why I started this blog on entertainment. I wanted to create a convenient, simple, and fun website that would help people of all ages to find appropriate entertainment that would open their minds and broaden their level of understanding. It hasn't always been easy, but I honestly feel like focusing on entertainment can improve our families and our communities. Check out this blog for all kinds of information on finding fun ways to do things as a family. You never know how a few simple pieces of advice could change your life.